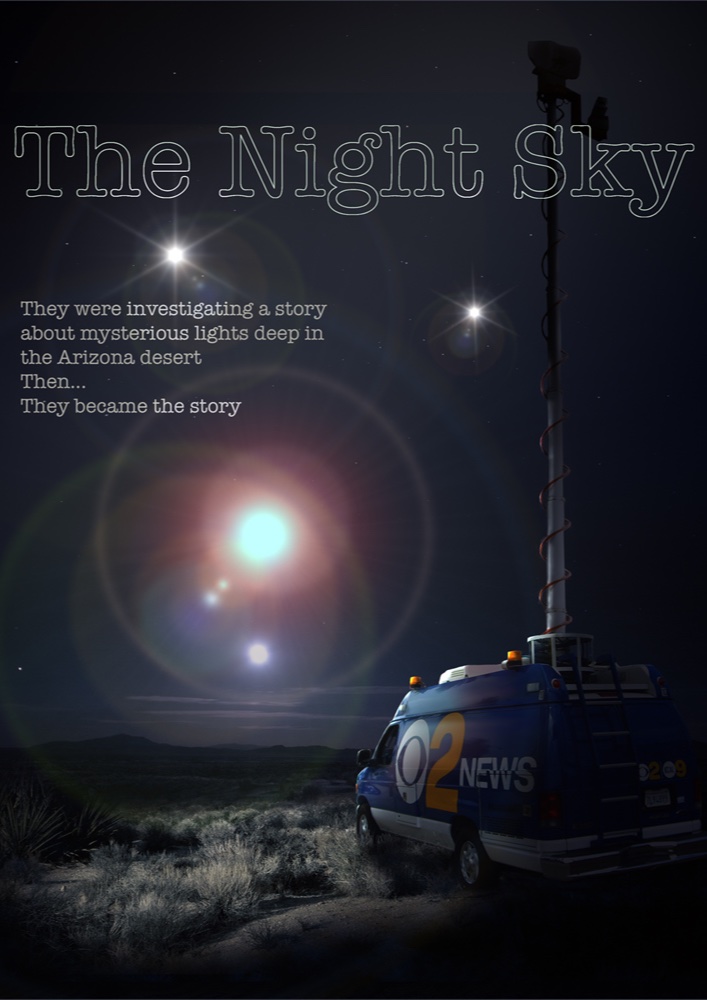 In a rural Arizona desert, Sheriff Marty Tuggs is called to the scene of a crime. A missing news van has been found, bizarrely thrown 200 hundred yards off the nearby road.  The news crew is nowhere to be found. As a storm approaches, the sheriff is forced to gather as much evidence as possible and get to town.

On the way back to the station, the storm has reached its fury and quickly takes its toll on the roadway. The sheriff and his team stop just as the only bridge out of the area washes away, leaving them stranded.

With no choice, the team heads back to the only haven in the area, a lone diner and gas station where the news crew was last seen. Soon, holed up inside, Tuggs decides to examine the only true evidence they gathered from the van; a series of video tapes that prove to be documentation of the crew’s experiences the night before.

Through the eyes of the cameraman and his lens, we watch as the crew starts with a fluff piece, reports of some recent UFO sightings in the area. But as the team digs deeper, taking them further out into the barren countryside, and the truth, they soon find that what they are chasing may not be kids pulling pranks, but instead something far more mysterious… and dangerous.

As Tuggs experiences the story through the eyes of the news crew, he soon realizes that the story isn’t just on camera, but also all around him, and he is not just a spectator, but an unwilling participant in a cat and mouse game with strange forces beyond his understanding.

To request a copy of the screenplay, use the contact form below. You will need to sign a non-disclosure agreement, attached HERE.

All material on this site copyright Bigfoot Robot LLC and/or their production partners. No reproduction without permission.